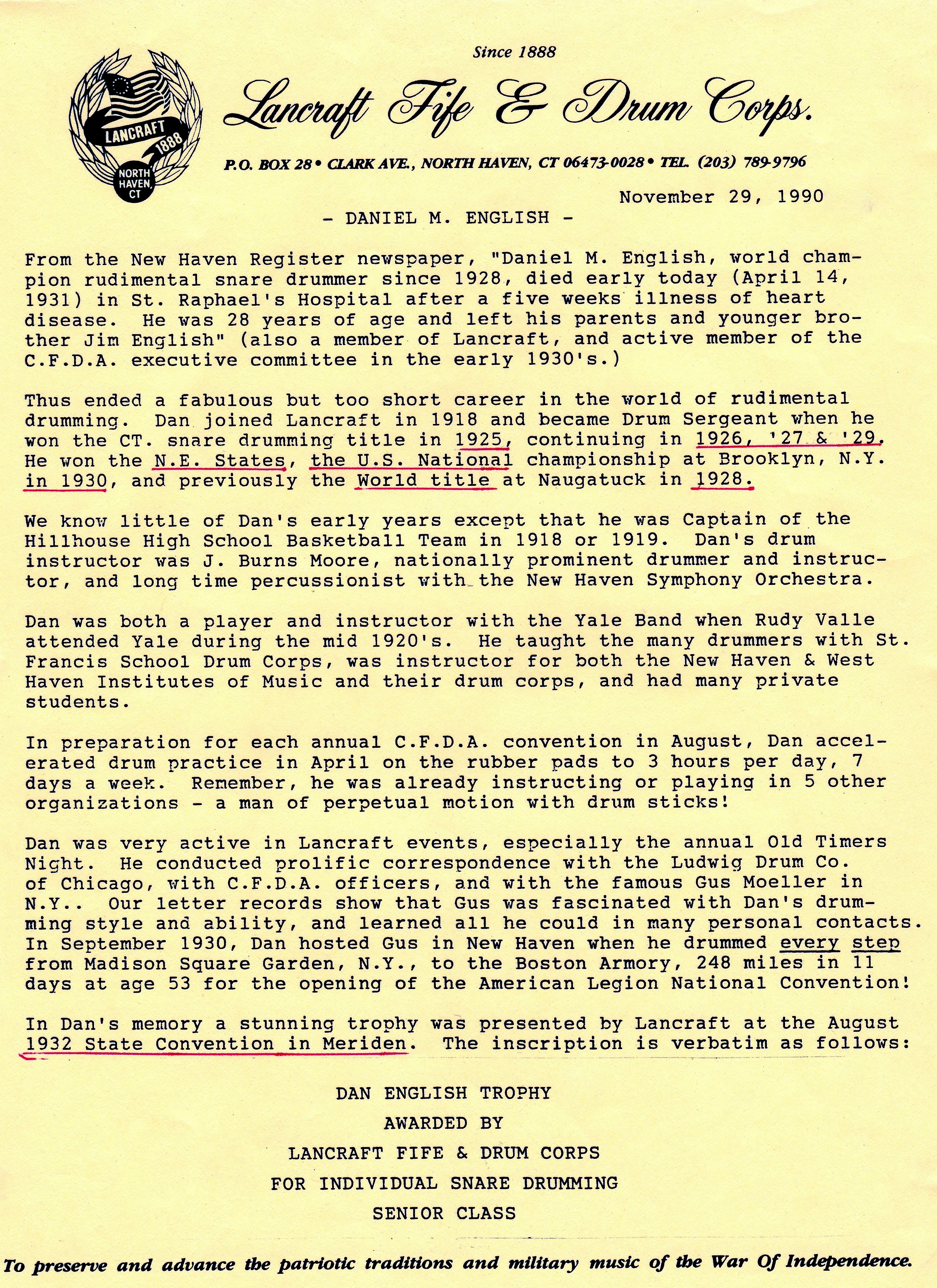 In Dan's memory a stunning trophy was presented by Lancraft

at the August 1932 State Convention in Meriden Connecticut. The inscription is verbatim as follows: 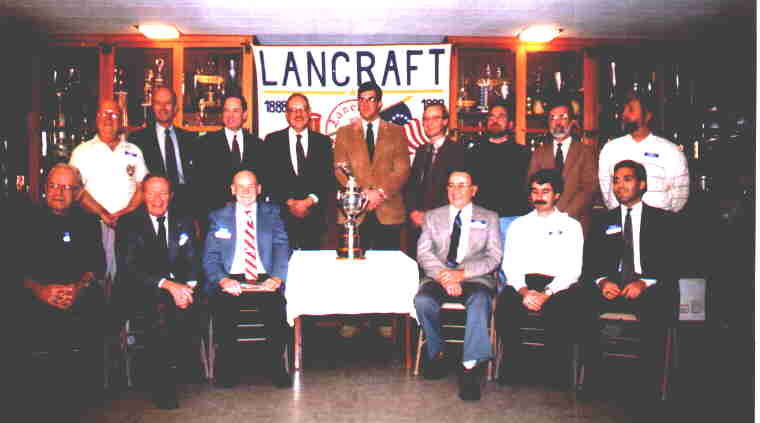 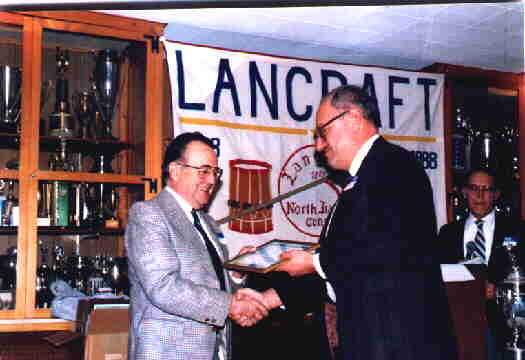 The Dan English Trophy was retired to Lancraft Hall in 1988.